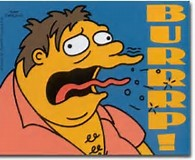 Who is the man of my dreams?

My man is a charming esthete who can amble through The Palazzo Medici and explain its design as a perfect blend of Classicism meeting the incipient Renaissance, and then punctuate his dissertation by burping the letters that spell the name of its chief architect, M-I-C-H-E-L-O-Z-Z-O. He can quote the great Russian poets of the nineteenth century, Pushkin and Lermontov, and, as a party trick, recite the entire Russian alphabet…in Belch-ese. He is so adept at this particular art form that, when closing his eyes at the New York Symphony, he will burp-hum Mozart’s Piano Concerto No. 24 such that the patrons in the theatre will applaud him as well as Amadeus.

This veritable god is not limited to letters and words, as he can also summon all the air in his stomach in order to enunciate numbers, too. Only a man of financial surplus can afford to visit art museums in Paris and symphonies in the Big Apple, to say nothing of origami conventions in Tokyo. Thus he is probably an investment banker who, to impress high-end clients, will guzzle down an entire sixteen ounce bottle of Pepsi before delivering a CO2-induced recitation of a gaudy monetary figure.

He is a close personal friend of Major League Baseball’s ambassador of sophistication, Derek Jeter, who, on the rare occasion when he is struggling to woo a beauty to his Yankee bedchamber, will get my man on the phone to keck Jeter’s career hit total to the woman, which always closes the deal for Captain Clutch.

I sometimes let myself fall into a swooning reverie when imagining our wedding. We stand at the altar of the Cathedral Basilica of St. Denis. I gaze up at my lover whose tuxedo has been tailored by of Gieves and Hawkes of Savile Row, while his jet-black coif has been perfected, also in London, at the esteemed Taylor and Taylor. His vast erudition and worldly taste can be ascertained with just one look into his luminous eyes. Now comes the crowning moment – yes, my dream-guy, works up another tank of belly gas and eructates the words “I do.”